Why Does the Left Want Universal Health Care? Britain’s Is on Its Deathbed


Why Does the Left Want Universal Health Care? Britain’s Is on Its Deathbed


The U.K.’s government-run healthcare system, the National Health Service, turns 70 this month. There’s not much to celebrate.

The NHS is collapsing. Patients routinely face treatment delays, overcrowded hospitals, and doctor shortages. Even its most ardent defenders admit that the NHS is in crisis.

Yet American progressives want to import this disastrous model. About one in three Democratic senators and more than half of Democratic representatives support single-payer health care.

Why? The British experiment with socialized medicine has been a monumental failure. It would be foolish to repeat that mistake here.

Single-payer is fundamentally flawed. It relieves consumers of any obligation to pay for their care, at least directly. If the price of care is zero, then every patient can demand an infinite amount. The supply of care, meanwhile, is limited. And the amount of money the government can spend on health care is finite.

These basic market-clearing principles cannot operate in a single-payer system. Governments must forcibly cap demand at whatever level they’re willing to supply—that is, to pay for it.

The NHS experienced these problems from the start. In its first year, the service went well over its budget. Prime Minister Clement Attlee even begged citizens not to overuse health services. Staff shortages, caused in part by low pay, have plagued the system for decades. The NHS started recruiting doctors en masse from India, Pakistan, and Sri Lanka in the 1960s to address the issue.

Nevertheless, shortages persist. One in 11 NHS posts is currently vacant. Four in five NHS staff worry that these vacancies jeopardize patient safety. The NHS has among the lowest amount of doctors, nurses, and hospital beds than any country in the Western world on a per-capita basis, according to a report from the King’s Fund.

Simply put, the NHS is unequipped to care for its citizens.

A simple influenza outbreak last winter plunged the system into chaos. The NHS canceled 50,000 non-emergency surgeries to make room for an influx of people with the flu. Still, nearly one in five patients had to wait more than four hours in the emergency room.

Such nightmares have grown routine. The British Medical Association recently reported that the NHS now faces a year-round crisis, with waiting times and hospital bed shortages at record levels. An NHS Improvement survey of data from the first three months of 2018 found that 2,600 patients had waited more than a year for elective treatment—a nearly 75% increase from the previous year. It’s no wonder that about 10% of Britons hold private insurance coverage. They simply can’t count on the NHS s.to deliver quality care in a timely fashion.

The NHS’s supporters claim that the system just needs more money. That was the rallying cry for thousands of Britons who took to the streets this past February and again in late June.

But the British government doesn’t have unlimited resources. More funding for the NHS would require raising taxes. And Britain’s tax burden is already the highest it’s been in 20 years, according to the Adam Smith Institute.

Further, funding for the NHS is already at record levels. It’s projected to grow an average of 1.2% percent per year through 2020-21, to an annual tab of nearly $170 billion. Overall, government spending on health care has surged from about $340 per person in 1950 to $2,985 per person today.

Despite the crisis in the U.K., some Americans continue to be entranced by single-payer. The Democratic Party’s newest superstar, New York congressional candidate Alexandria Ocasio-Cortez, made her support for universal government health care a cornerstone of her campaign. Rep. Keith Ellison, the Democratic National Committee’s second-in-command, recently led a three-day strategy session in Minnesota on how to push for single-payer.

American health care has its problems. But the NHS offers 70 years of evidence that single-payer will not solve them.

Sally C. Pipes is the president, CEO, and Thomas W. Smith fellow in health care policy at the Pacific Research Institute. Her latest book is The False Promise of Single-Payer Health Care. Follow her on Twitter @sallypipe
Posted by Clive Coetzee at July 16, 2018 No comments:

The social and economic problems facing our beloved country are not “new” or “unique” problems. Many countries have faced them in the past and at present. Some have been very successful and some less so. The problems boil down to slow economic growth, high unemployment, rising inflation and increase in inequality. The prescription you (the country) follow and will use depends pretty much on which “doctor” you listen to. It is also common practice for people to get second and third opinions in such cases.

In economics the same basic principle also applies. There is NO one magic prescription that can or will solve our social and economic problems over night. The people of SA are lead to believe that a centrally planned system based on a development state philosophy is the only cure. This is a politically attractive philosophy founded on the teaching of the very “famous” economist John Maynard Keynes. One simply has to ask if this system and philosophy has worked over the past number of years and if doubling the doses will achieve results any different?

However this is by no means the alpha and omega in economic thinking and teaching. An alternative view which is very seldom mentioned or advocated because of its political unpopularity is liberalism. Liberalism is a system and the ideological belief in organizing the economy on individualist lines, meaning that the greatest possible number of economic decisions are made by individuals and not by collective institutions or organizations. It includes a spectrum of different economic policies, such as freedom of movement, but it is always based on strong support for a market economy and private property in the means of production. Personal responsibility and private charity is amongst its key elements.

There is much evidence that countries that have followed the libertarian ideology have in general performed much better over the past 100 years in creating economic prosperity for all its citizens, including significant gains in social issues. Contrary to popular belief and arguments from socialists, economic liberalism and freedom are not crony capitalism, worker exploitation and monopoly power. Economic freedom is not based on insiders excluding outsiders from the economy as is the case in SA. The rules of the game must be such that all have equal rights to participate in the economy and that private individuals engage in voluntary transactions and are not forced to engage in involuntary transactions that they would most probably not choose.

Is it not time therefore that we get a second opinion on the economic system and philosophy that we so dearly are hanging on to? Is it not time to fundamentally change our thinking about economics in our beloved country and prescribe liberalism as medicine for the many non-market ills we have in our beautiful country. We must put our faith and hopes in the people of SA and the free market.

“The government solution to a problem is usually as bad as the problem”.

Economic Freedom as the Corner Stone of a Prosperous South Africa

Economic Freedom as the Corner Stone of a Prosperous South Africa

The Bill of Rights as contained in the Constitution of the Democratic South Africa enshrines the rights of all people in our country and affirms the democratic values of human dignity, equality and freedom. It further states that the state must respect, protect, promote and fulfil the rights in the Bill of Rights. All of us therefore has the right to freedom and security of the person.

The great Adam Smith in his famous work “An Inquiry into the Nature and Causes of the Wealth of Nations”, published in 1776 argue that free economies will be more productive and innovative. Smith further states that freedom is considered to be the ultimate incentive for the optimal utilisation of scarce resources, by developing a favourable economic and political environment for sound competitiveness and incentivising, and empowering human creativity and innovation.

Freedom and in particular economic freedom matters. It matters a great deal in that the evidence shows that Countries that pursue greater levels of economic freedom reap resounding benefits. The data could not be more clear. Citizens die, on average, 20 years earlier, suffer more from poverty, battle greater unemployment, receive lower average incomes and suffer higher inflation in countries with governments that follow policies opposed to economic freedom.

Friedrich Hayek so elegantly demonstrated in his famous book the “Road to Serfdom” that the road away from greater freedom will only lead us down the road to serfdom. In the book Hayek warns of the danger of tyranny that inevitably results from government control of economic decision-making through central planning.

Policies currently proposed by the governing party puts us directly on the road to serfdom. It carries all the hall marks of greater government control over our daily lives. The proposed introduction of a national minimum wage, the expropriation of land without compensation, the national health insurance scheme, the mining charter and many more are policies designed to take away some of our most basic rights. They are by their very nature contrary to the spirit of our constitution. Yes, we should be very alarmed about the encroachment of government into our private lives. In this way our society will mistakenly try to ensure continuing prosperity by centralized planning, which inevitably leads to totalitarianism. No country has ever achieved long lasting prosperity for all through central planning.

There is no evidence to suggest that it will be different in South Africa. In fact the experiences of the past 15 years cannot be blunter. Government has become bigger and bigger demanding ever more resources. Resources are diverted at an alarming rate from private individuals and businesses towards government programmes designed to improve the lives of ordinary South Africans. The results are shocking. Not only has the economic growth rate totally collapsed but unemployment, poverty and inequality has blossomed. Government in fact has become the biggest producer of misery sadly. All this is done on the premises that government how what is best and can do it the best. All in the name of the poor.

The only true solution my friends and fellow South Africans is freedom. Just ask yourself, would you rather live in Switzerland, Hong Kong, New Zealand, Ireland, Australia, Finland, Norway or Denmark or in Pakistan, Zimbabwe, Saudi Arabia, Iran, Egypt, Venezuela or Syria. Or, would you risk the lives of your family by taking a small boat across the Straits of Florida from America to Cuba. Or would you risk everything travelling across the Mediterranean Sea from Europe to Somalia, Iraq or Afghanistan? The answer is most obvious, No, No and No. Millions of people are risking their lives and the lives of their families escaping totalitarianism. Economic free countries are by far the choice of the poor, the desolate, the marginalized and the vulnerable for hundreds of years.

Our children deserves to live in a prosperous society. A society build on the principles of freedom. Not as serfs. Our choice is easy.

“I am certain that nothing has done so much to destroy the juridical safeguards of individual freedom as the striving after this mirage of social justice”. 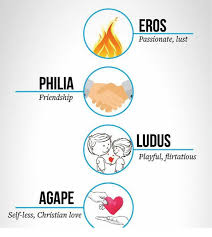