Huge thanks to Stewart Clark for recording and posting the following videos.

Colin Bower - Libertarianism - a personal lifestyle choice and not a policy
https://youtu.be/pFNEu38L2DM 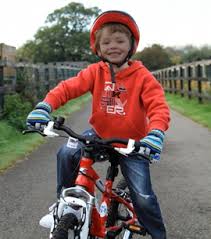 10 children are invited to a birthday party. As they arrive, they are each given 3 golden tokens. The host explains that they will play various games with great prizes using these tokens.

In the first game the prize is a brand new bicycle, which the host says he will give to whichever child offers him the most tokens.
This is the supply of desirable goods.

Nine of the ten children desperately want the bicycle. The tenth child is weird and says she’d rather walk. They all offer one token, then two then all three of their tokens for the bike.
This is demand driving up price.

There is stalemate, as no one can offer more than anyone else. Then 2 clever kids get together and agree to pool their tokens, allowing them to make an offer of 4 tokens.
This is capital formation, and contractual agreement.

The other kids think this is a good plan, and there is a flurry of shouting and screaming as various alliances are formed, tokens are pooled, and offers for the bicycle are made.
This is called the stock exchange and joint stock companies.

Finally one little consortium is able to make a better offer than everyone else, and they become the joint owners of a shiny new bicycle.
This is called investment.

All the shareholders have a ride on the bicycle, while the other kids look on.
This is called envy.

Some kids mutter resentfully and demand that everyone should have an equal share of the bike and the rides.
This is called socialism.

The kids who own the bike get bored with riding after awhile, and go for a swim, leaving the bike lying on the ground.
This is called a non-productive asset.

One of the consortium, a skinny kid who doesn’t enjoy swimming, gets the idea of selling rides on the bike to the other kids for a token per ride. Soon everyone has had a turn on the bike , and the skinny kid has a bundle of tokens.
This is called return on investment leading to capital growth.

Now the host starts the next game. For this game the prize is a Playstation 3, and the rules are the same, the best offer wins. The kids go crazy, because this is an exceptional prize. They quickly start bidding against each other, but the members of the original consortium have no tokens left, and are therefore excluded from the bidding, except for the skinny kid. Although they frantically try to sell the bike, one of the renters has broken it, and there are no takers.
This is called risk.


The other kids hate him, but he doesn’t care. Some kids now have no tokens, no share in the bike and no share in the play station.
These are the poor, and everyone somehow thinks they are the hardest hit.

For the last game the host announces that the prize is a trip to Disneyland. However, this is really expensive and the host wants his nephew to win the prize. He notes that the stinking rich weird and skinny consortium has 10 tokens to their name, and his rather dense nephew has only 1, having spent his other tokens on a bike ride and a go on the play station. He tells the kids he will pay them with new tokens to clean up the mess from the party, then have the Disneyland auction. All the kids clamour for a job to do, but the host gives his nephew 10 tokens and tells him to organise the cleanup.  He immediately gives his 3 buddies tasks to do for 1 token each, and tells everyone else that they don’t qualify.
This is called nepotism and affirmative action. The velocity of money supply distribution comes into it, too.

In reality, due to the fact that the prize could only have one winner, competition between the kids means that the best potential offer for the prize is the 10 tokens of the weird and skinny consortium. However, the nephew and his 3 buddies can make an offer of 11 tokens, using the nephew’s 8 and 1 each from the 3 buddies. Since the nephew has provided the lion’s share of the offer, he would naturally get to go on the trip.
The weird and skinny consortium’s holdings have been devalued due to the inflation of the token supply, and the nephew could win the prize due to favouritism and collusion.

However, the skinny kid is not stupid. While the cleanup is in progress, and before the bidding for the Disneyland trip starts, he offers to borrow tokens from the other kids, promising to give them a 2 for 1 return within an hour. Three kids agree.
This is called banking and interest.

The W & S consortium can now offer 13 tokens for the Disneyland trip. The nephew sees what is going on. Initially he whines to his uncle about the evil capitalistic W & S consortium. However, the uncle still has a semblance of dignity to maintain, and the other parents are watching too. He tells the nephew to make a plan. So the nephew loudly announces that he will pay 3 tokens in an hour for every token borrowed now. Two kids agree.
This is called raising the interest rate, or the price of borrowing.

Both the nephew and the W & S consortium can now offer 13 tokens for the Disneyland trip. The host announces that his nephew wins the tie because the skinny kid had already won shares in the bike and the play station.
This is called government interference in the market.

The host now announces that he is in charge of the interest rate, and he has increased the rate to 4 tokens per hour, in order to restrict inflation.
The W & S consortium go bust, and the nephew goes to Disneyland.

Everyone except the skinny kid thinks this is fair.
This is because they are all stupid.
Posted by Boz at October 25, 2018 No comments: