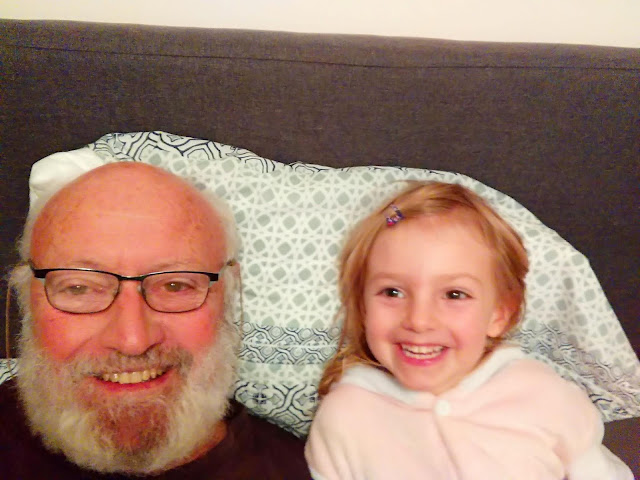 I spent a happy four weeks in April and May 2019 visiting my daughter and her family in New Zealand. I undertook this arduous and expensive journey in order to reassure myself that all was well with their recent immigration to this new country. I really need not have bothered. They seemed happier, safer and more comfortable than I remembered them in South Africa.

However, this was a unique opportunity to catch a glimpse of life outside the South African pot. Embedded inside Africa we are so overwhelmed by the boiling water all around us that we rarely get to think how life might be in a safe, peaceful, cooperative world.

Paraparaumu, where my daughter and her family live, is a reasonably large middle class suburb 60km outside Wellington. It would seem to be the epitome of the successful town planners dream.

Everything is well ordered. The roads are clean, the pavements are level, there are bike paths everywhere, all the services and utilities seem to be taken care of. Like waves on the sea, every house is different,every house is the same. All plots seem to be between 500 square metres and 1000 square metres. Almost all are wooden frame houses mostly with fake brick fronts. There are few or no tall poppies, few or no weeds. It looks like a wonderful place to live, to raise your kids and perhaps to retire.

But it is a society that seems to have traded freedom and innovation for order and safety. I am sure the municipal planning departments’ word is absolute law. Individuals do not decide, the community decides. Most people seem to be very happy with this arrangement. They cannot picture another way of organising things.

There are some worms in the woodwork. House prices are very high. It seems as though a majority of New Zealanders are obliged to rent. Growth and salaries have remained flat. Citizens from more productive economies, such as China and the USA, are buying up much of the property stock. Inevitably this leads to calls for more restrictive immigration policies.

New Zealand is high on many indexes of human satisfaction. It is third on the economic freedom of the world ranking. It has little or no violence or unrest. It is largely a society made up of just two population groups, the Maoris and the overwhelming majority of English descendant Settlers. But it appears to lack the energy and drive of a Hong Kong or Singapore or Kuala Lumpur. Us Western folk just don't choose to work as hard as them Asians.

From a libertarian perspective this is a very buttoned down country. Not many “Give me Liberty or give me death” types cruising the back lanes of the country in their pickups with their rifles easily to hand. From a New Zealand perspective, that could be distinctly dangerous. I battled to find any current New Zealand libertarian links on the internet. Finally a friend referred me to the very blandly named Not PC blog at pc.blogspot.com. Its byline proclaims the site as “Promoting capitalist acts between consenting adults”.

ACT New Zealand is a right-wing, classical-liberal political party. The name comes from the initials of the Association of Consumers and Taxpayers, founded in 1993.
ACT bases its philosophy on individual freedom and personal responsibility. ACT sets out its values thus:
The party's current leader and only member of parliament is David Seymour. During the 2017 general election, ACT kept its sole seat in Epsom near Auckland and gained 0.5% of the popular vote. However, the party has had as many as 9 members elected in the past, and has shared coalition government with the National Party, with 2 cabinet ministers.

I made several attempts to contact ACT with a view to meeting a local representative, unfortunately without success.

If the magnificent “Gallipoli” exhibition at the Te Kapa museum on the Wellington waterfront is anything to go by, New Zealanders appear to celebrate the fact that many thousands of young men freely volunteered to fight a foolish war for a very distant and foreign king. Although I think this self-sacrifice should be regretted rather than celebrated, nevertheless, there is no denying the bravery and fortitude of these ANZAC soldiers. I did leave a suggestion with the museum that they set up a space at the end of the tour where people can talk with each other and perhaps Museum staff about the meaning and significance of the exhibition. I also suggested that the museum include the text of Wilfred Owen's classic poem regarding the First World War, “Dulce et decorum est, pro patria mori”. However I fear that the last line of the poem would not suit the theme of the exhibition - “My friend, you would not tell with such high zest, To children ardent for some desperate glory, The old Lie: how sweet it is to die for one’s country”. Both suggestions were positively received in an email I subsequently received from the museum administration.

Perhaps even more so than South Africa, New Zealand is extraordinarily beautiful. After a tour of the South Island your eyes begin to hurt when you see yet another magnificent vista of oceans, bays, mountains and forests. Although narrow and windy, the roads are in excellent condition, particularly given the extremely challenging nature of the terrain through which they must be built. This is a relatively wealthy Society, as evidenced by the masses of sophisticated campervans everywhere.

New Zealand has a wonderful concept called free camping. Plots of land near tourist spots are set aside for tourists to use absolutely free, so long as they have some means of disposing of human waste. This being New Zealand, most of the free campsites we used nevertheless had clean and working toilets on site.

Whilst cycling around Paraparaumu I even had a brush with the New Zealand law. A police car stopped in front of me very deliberately. A policeman stepped out of the car and asked me who I was and what I was doing. He informed me that a person matching my description had been accused of verbally abusing people from his bicycle. I explained that all us old men tend to look alike (grey grizzly beard, balding heads, overweight bodies) and that I thought he was mistaken. I also mentioned that I had only been in the country 2 weeks. He seemed to accept my explanation, but did suggest that I wear a helmet while cycling.

He had a very good-looking female partner and, on a whim, I asked if he would take a photo of me with his partner. Looking somewhat bemused he nevertheless graciously agreed and I got probably the best photo of my trip. I mounted my bike and carried on down the road only to be cut off by a second police car about 3 minutes later. A much more brusque police officer jumped out and asked me the same questions again. However his radio appeared to inform him that I had already been inspected and with a curt “wear a safety helmet in future, mate”, he jumped back in his car and disappeared. I was very impressed with the efficiency and seriousness which with which the local police took a complaint of verbal abuse. 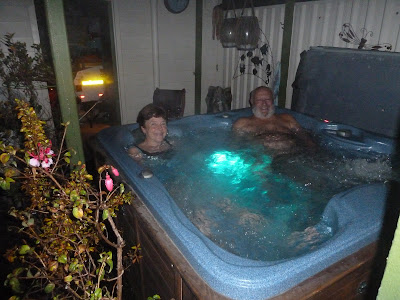 Many South Africans have moved to New Zealand in the fairly recent past. In the last 6 months alone, 5,535 people have moved permanently from South Africa to New Zealand.  Mike and Gill Waiting, 2 of my oldest friends, have been in Hastings on the North Island for many years. I had the great pleasure of spending a night with them on my trip north with Meg and Dave. They are happily settled, surrounded by grandchildren, and doing the things that make them happy. Both are still gainfully employed, whether for financial or personal reasons is not entirely clear.  I also discovered that the privatised New Zealand postal service works well and cheaply, when Gill’s binoculars were safely returned to her in a day or so, after she left them in our car.

Buses and trains work so well that you can actually rely on them for transport. The bus arrives within a minute or two of the advertised time and coordinates with the train to Wellington that most people are catching. The trains are clean and comfortable and also run strictly on time. However the early morning trains are very crowded and one must be prepared to stand for the hour-long trip.
Passengers on the trains are very reserved and English. They do not chit-chat or pass the time of day, but sit or stand in little cones of isolation. By and large men or young adults do not appear to give up their seats for women or the elderly.

Housing is a very big deal in New Zealand and most people aspire to owning their own home. It is also a major factor in local politics. Nevertheless it appears that up to 40% of New Zealanders are currently renting their place of abode.

I enjoyed visiting New Zealand. I enjoyed being surrounded by English people just like me. I enjoyed the cleanliness and the efficiency. Here crime and corruption is just not a factor in the vast majority of people's lives.
New Zealanders seem passionately loyal to the society and the system they have built, despite the fact that it is a largely socialist Society. There is widespread concern about the underprivileged, the environment, safety, order. I think it would be a good place to retire even though I would find some of their practices annoying. No doubt some New Zealanders would find me annoying.

I finally came to the conclusion that if they would have me, I would move to New Zealand. Unfortunately as the law currently stands this is not a possibility.


I owe a huge debt of gratitude to my daughter and her family for putting me up, ferrying me around, and feeding me regularly. I owe a similar debt to my old friend Peter Woodhall who drove me around South Island for a week with grace and forbearance.
Posted by Boz at June 02, 2019

By Trevor Watkins 24/5/2020 Some of what I have to say here is derived from a Wikipedia article entitled “ Authenticity ”. What is real? I...